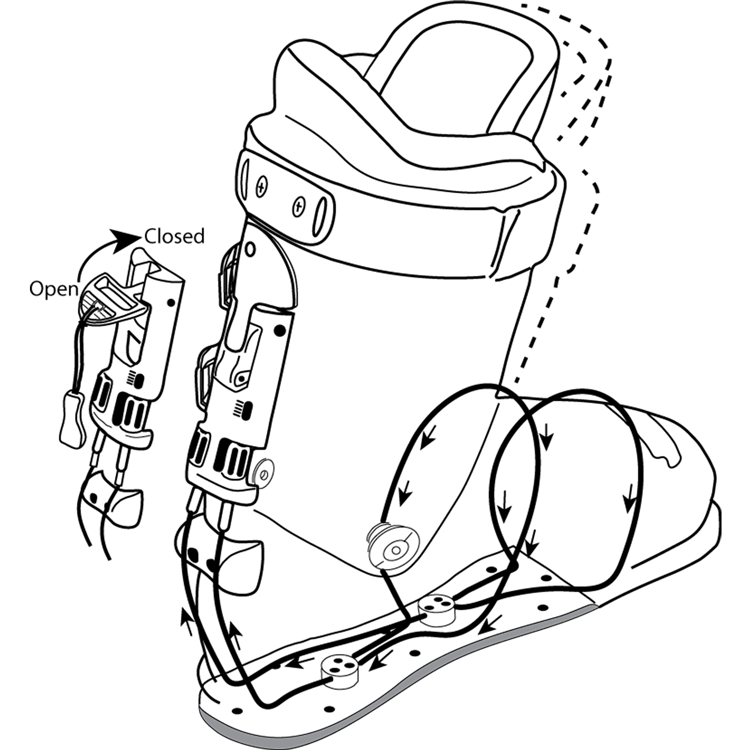 The patented Dynamic Radial Closure (DRC) technology is what makes Zay ski boots unique, different from any other boot on the market today.

DRC replaces traditional buckles by wrapping two independent aircraft cables 360° around the mid-foot and toe box areas. Both cables are routed to the heel of the boot and attached to a single lever buckle on the spine of the boot. Each cable is micro-adjustable in the back to ensure the desired tension around the mid- and forefoot.

Once buckled, as forward pressure is applied to the front of the boot during skiing, both cables automatically tighten around the foot. Conversely, as minimal or no forward force is exercised on the tongue of the boot while walking or standing around, the tension around the foot loosens. Think a set-it-and-forget-it fit with auto tension/comfort control! No need to buckle and unbuckle before and after each run.

The DRC system not only holds the lower foot better than a conventional ski boot but it also keeps the shell from lateral distortion. Doing away with a key fundamental flaw of conventional design, Zay’s upper cuff is not affixed in the spine with screws to the lower portion of the boot and can freely move back and forth around the ankle-area pivot points, resulting in unsurpassed ankle/heel lock, lateral stability and precise performance. 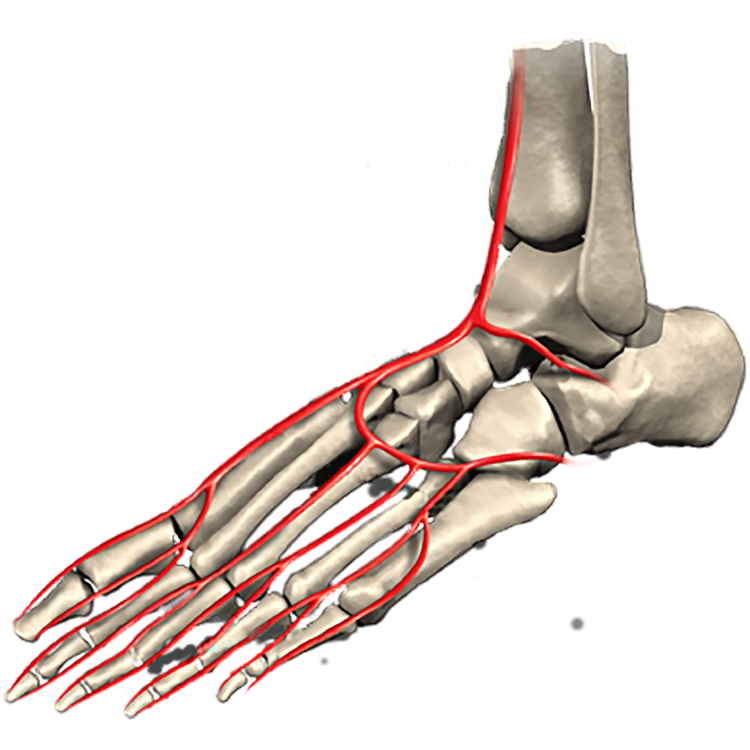 The forefoot buckles in a traditional ski boot apply a downward force onto the top of your foot. This downward pressure affects the blood flow to your feet and causes reduced circulation. The constrained blood flow not only affects the warmth of your feet but can also cause numbness and make for a lousy day on the mountain.

So how does today’s skier overcome this problem? The most common way is to buckle before each ski run and unbuckle immediately after. As this behavior is repeated hundreds of times throughout the day, your feet get increasingly tired and, by the last run, you can’t wait to get out of your boots.

At Zay, our solution is different. We want you to enjoy a full day of skiing without hassle and discomfort. Our innovative radial closure system applies gentle 360° of uniform pressure around the foot and dynamically adjusts the tension throughout the day, keeping your feet secure, 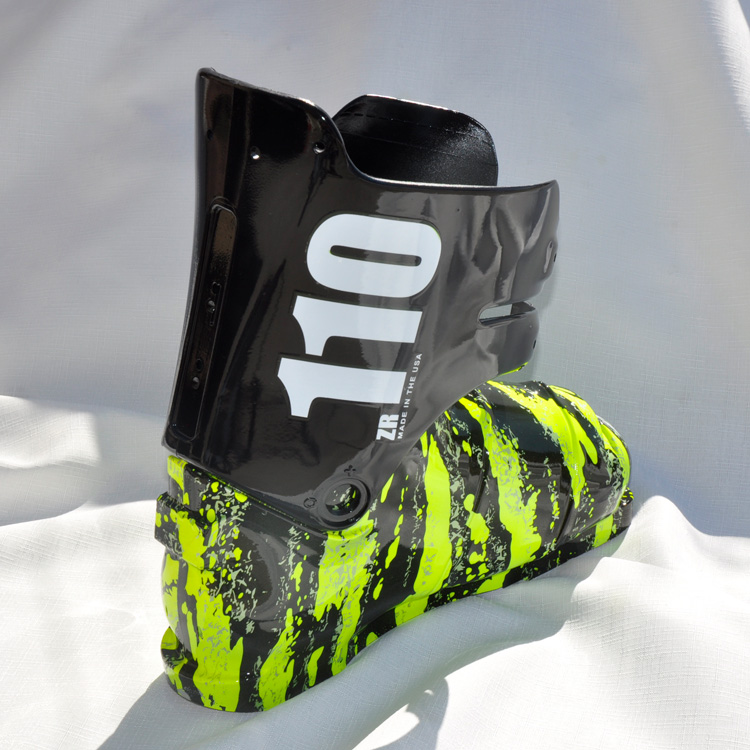 Zay’s specially formulated Polyurethane outer shell is engineered for extreme cold environments and features EPE technology.  Our proprietary blend of polyether polymers stiffens up only half as much as the competition.

How does Zay differ from its competition?  Zay’s polyurethane shell is not a plastic but an elastomer and remains pliable at colder temperatures.

Why is it important to use an elastomer?  Think of an elastomer as a chain, each link of the chain is either soft or hard. These soft and hard links are chemically joined together which make up the outer shell. The soft link remains pliable at colder temperatures in comparison to the hard link. These soft links are not only pliable, but also act like a rubber band. Because each soft link stretches, it stores up energy and then releases it, much like a bungee cord, trampoline or a spring. This phenomenon is called Elastic Potential Energy or EPE.

How does EPE help my skiing?   Since  the outer shell stores and releases energy during each turn, this additional energy provides for faster edge to edge movement and lessens physical effort.

Why should I care if my boot stiffens up in the cold?  As it gets colder, the outer shell of a TPU boot stiffens up at 32°F (0°C) and changes your Fore/Aft balance which, in turn, has an effect on technique. 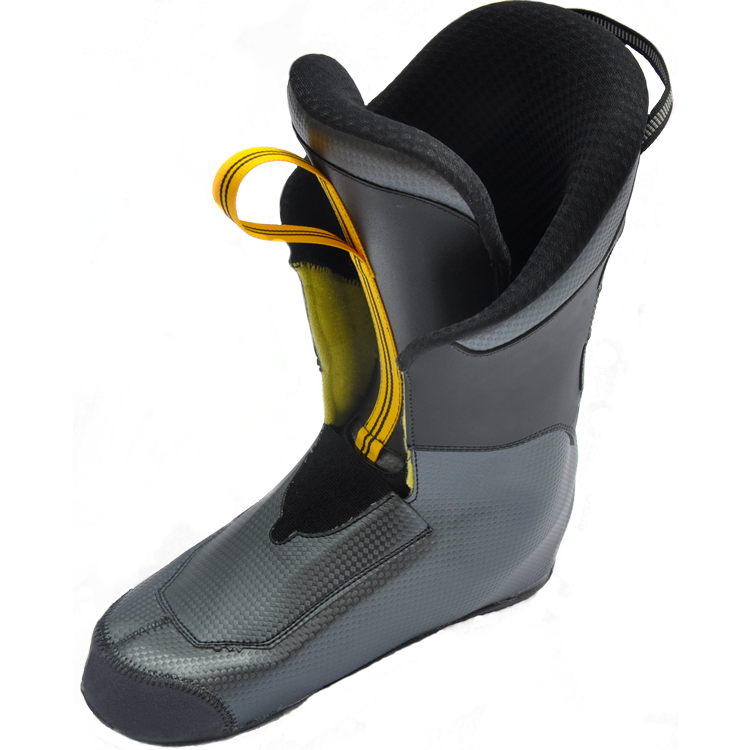 Typical ski boot liners contain a great deal of extra foam, which makes for a comfy liner but dampens the performance of the ski boot. Zay uses the latest high-density PU foam which adds extra support, does not pack out rapidly, and molds to the contour of your foot. Our precise fitting liner provides all-day comfort and warmth while delivering precise performance each and every turn. 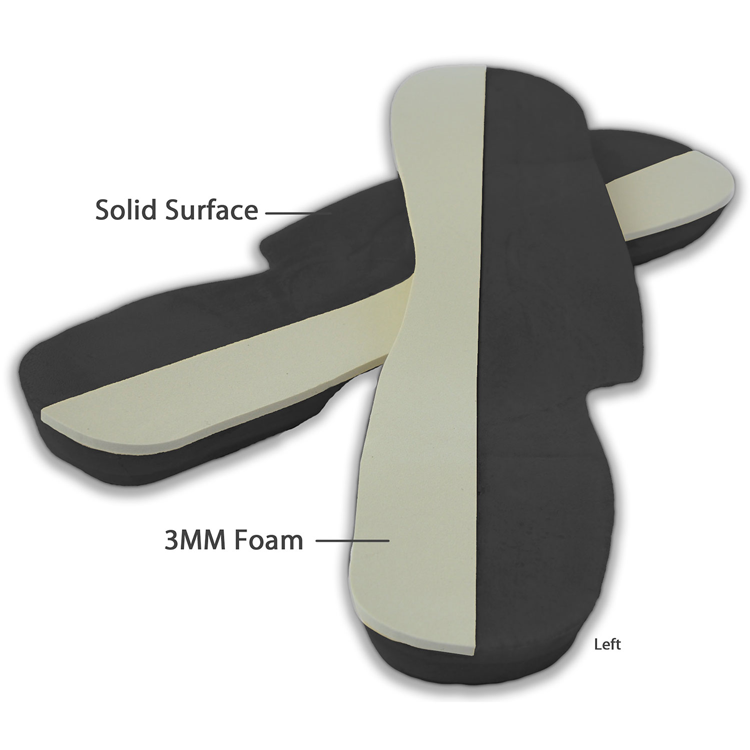 Most of today’s ski boots incorporate a boot board, located on the inside of the boot underneath the liner, providing the foundation for the foot to rest upon. Typically, they are made from rigid foam plastic and have an angle from heel to toe. The Zay boot board is designed in a way that allows the big toe area to articulate or drop down. We added a 3mm foam strip on the inside of the foot (medial), running the full length of the boot board. As the skier initiates a turn, the foam compresses and allows the ball of the foot to naturally drop, enhancing sensitivity and control. 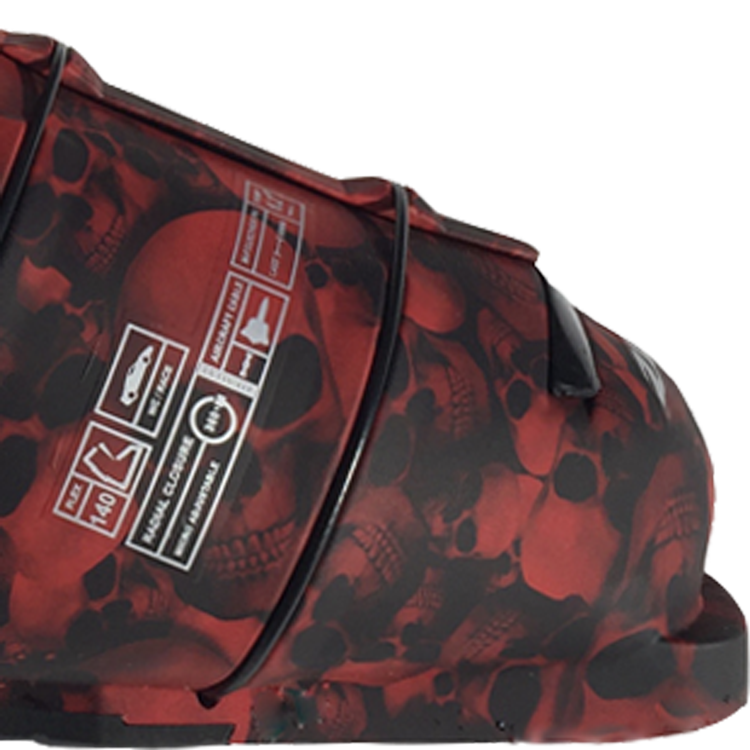 Toe Box
The toe box of a ski boot is usually small and forces the toes into a confined and unnatural position. This position creates many issues for the skier, none of which are comfortable or desirable. Zay’s solution is to change the shape of the toe box thus allowing the foot to rest in a more natural position and increase the volume of the toe box.